This is a CS184 Project. For graders, if you are looking for a list of rubric items and their locations within this post, please scroll to the bottom of the page. For everyone else, please read on.

In this post, we are going to talk about Bezier Curves and the Half Edge Data Structure. Technically, those two are completely distinct topics that should belong to two posts, but CS184 made them into one project, so here we are.

Bezier curves are widely used in programs like PhotoShop to draw smooth curves. It is the default curve type for the pen tool in PhotoShop. In this post, we’ll explore how Bezier curves can be generated programmatically using the de Casteljau method. We’ll also briefly explore the 2D generalization of Bezier curves - Bezier surfaces.

The half edge data structure is one way to represent 3D meshes that are composed of triangles. It is powerful because it allows operations such as neighbor lookup in O(n) time, where n is the number of neighbors of a vertex, edge, or face. In a naive data structure where simply store a list of triangles, the same operation takes O(N), where N is the total number of triangles.

The de Casteljau method provides a way for us to draw any Bezier curve given its control points. It takes in a curve and a single parameter t that is in the range of [0,1]. It then recursively performs linear interpolations until the curve collapses to a single point, and this point is guaranteed to be on the Bezier curve. All we have to do, therefore, is iterate through t and connect the points outputted by the algorithm.

More concretely, the de Casteljau method linearly interpolates between every pair of two adjacent control points (parameterized by t). Since there are only (n−1) such pairs if we start with n points, we have decreased our problem size by 1. Rinse and repeat until we only have 1 point left. Here’s a nice diagram that I took and modified from the cs184 course website demonstrating this process for a single t. 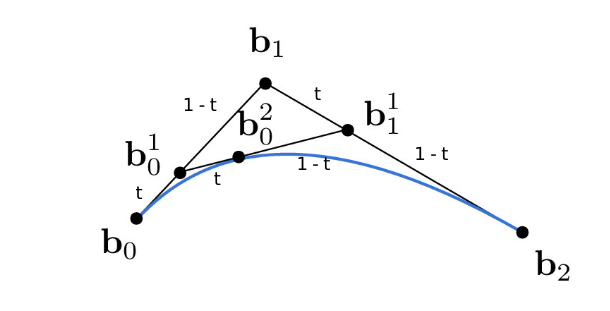 Once we repeat the process for enough t values in the range of [0,1], we get the blue line shown above.

The following explanation borrows some nice visuals from Steven Wittens’s talk Making things with Maths. I recommend checking out his talk too because his slide deck is interactive!

The idea of linearly interpolating control points to obtain a curve generalizes from 1D curves to 3D surfaces too. Before we dive into what that means, let’s first define a function evaluate1D that performs the 1D de Casteljau method described in the above section at parameter t.

We start with a grid of 4x4 points, though like in the 1D case, we can generalize Bezier surfaces to an arbitrary number of points. We then interpolate each row of 4 points to obtain 4 Bezier curves using evaluate1D.

If we parametrized those curves using a variable u, then by setting u to a certain value, we obtain four new control points, each one on a different Bezier curve. 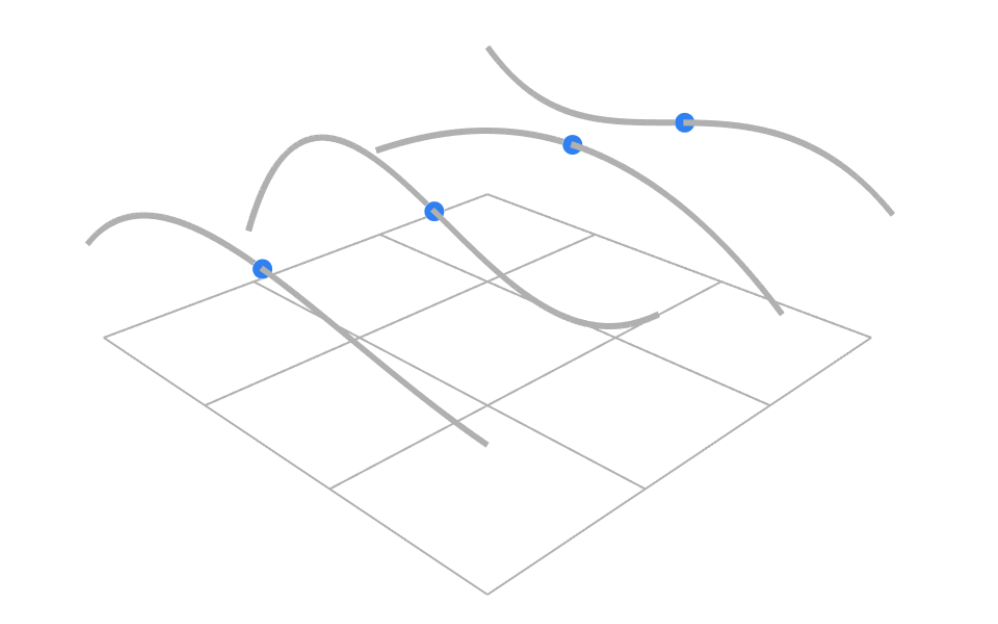 Finally, we apply evaluate1D again to those four points to obtain another Bezier curve. This time will need to pick another variable to parameterize it, e.g. v. 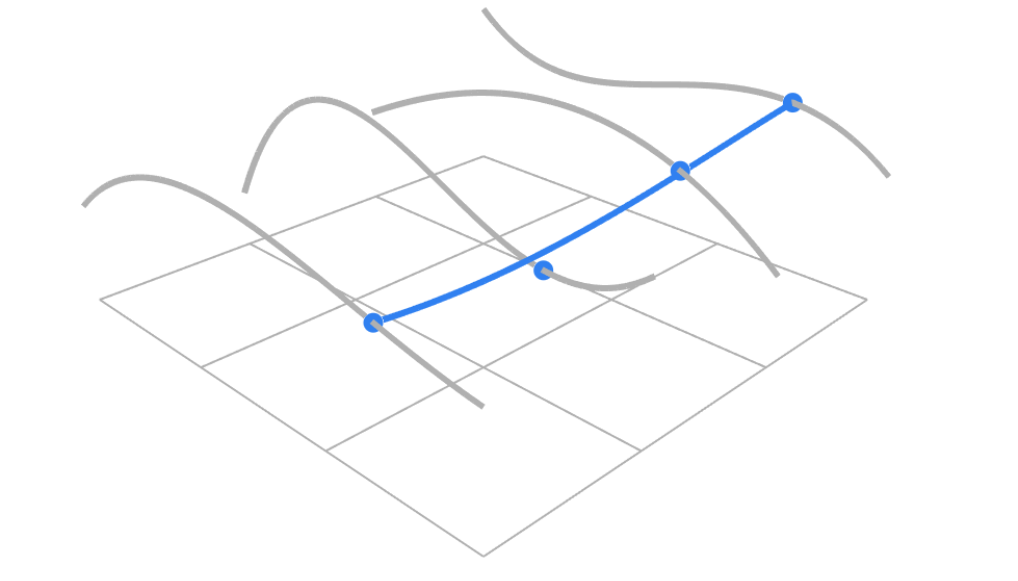 If we sweep this Bezier curve through space by varying u from 0 to 1. We’ll obtain a surface! In the actual implementation, we can obtain every point defined by this 4x4 grid by providing a unique u and v. Below is the pseudocode for doing that. 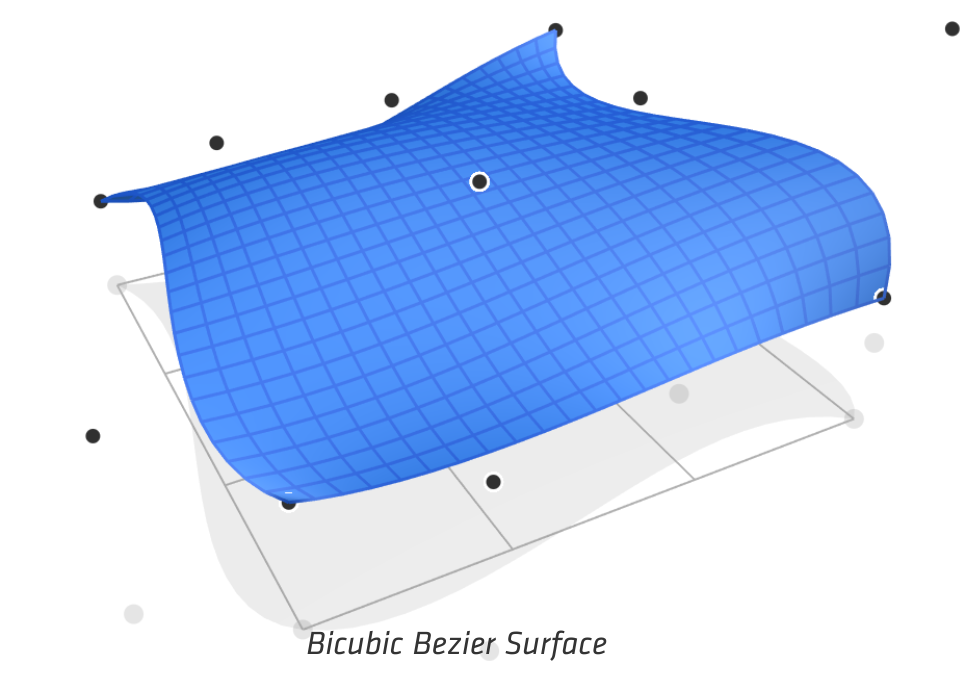 (To be Continued)
I ran out of time so I only wrote the parts included in the rubric. If you are a grader, the items can be found below.

However, if we pre-split the edges on the face adjacent to the edge we want preserve, we can palliate the effect of Loop subdivision on that edge.

Looking at the topology of the cube, we can observe that the diagonal edge on each face is asymmetric, which is the reason why the above effect occurs. To make the edges symmetric, we can split each of them once to obtain a cross. As we observe below, the result of Loop subdivision is now symmetric with respect to the horizontal and vertical axis of the plane of the front-facing cube surface.